On the Saturday the 10th of October I managed to get to the sketch crawl with London Urban Sketchers around Battersea Park and Chelsea Embankment. It was great to catch up with familiar faces and meet new urban sketchers. I walked through Battersea park on the way to the meeting point and I was amazed by its size and how busy it was. There was so many exciting possibilities to sketch it was almost overwhelming. I decided to concentrate on the Bridges along The chelsea Embankment and then maybe Battersea Power station later. My plan was to collage with torn paper, pen and marker. I had especially been out to buy a glue stick and had spent time preparing a pocket of collaged papers in the back of my sketchbook. It didn't all go to plan .....I decided to perch on the embankment wall and opened out my pen holder and my glue just casually rolled out and dropped into the Thames.

Not a good start ...... This is my first sketch of the day of The Albert Bridge. I have added a small amount of digital colouring at home to capture the water and sky. 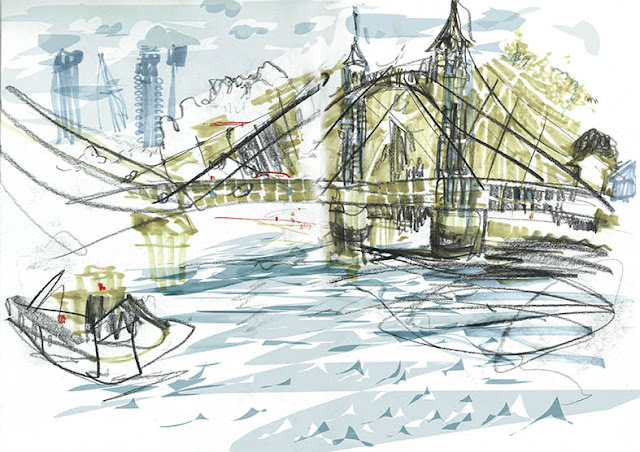 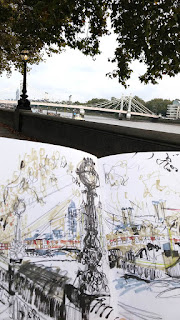 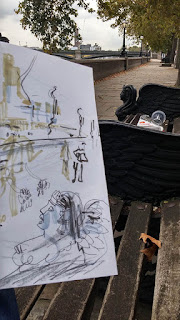 Impressive and famous ornate Bazalgette's lamps along the Chelsea Embankment and sketching from a Vulliamy's Sphinx bench. 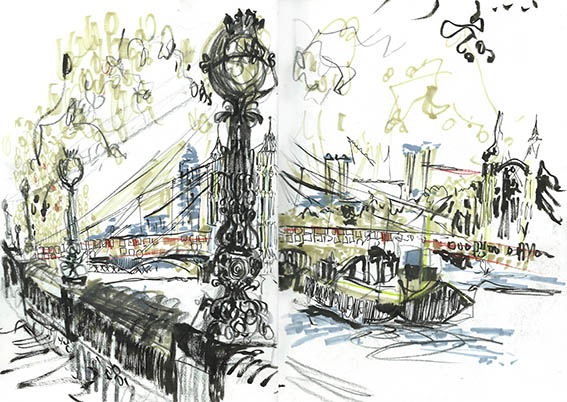 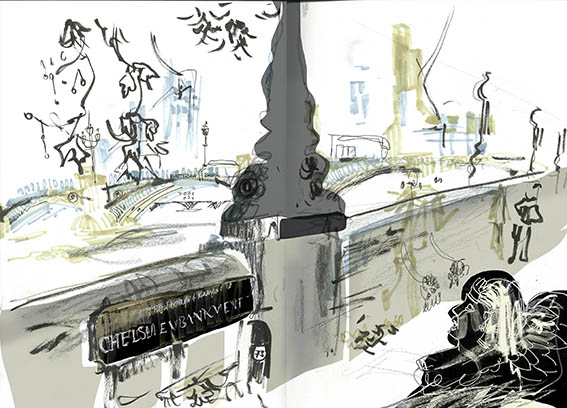 On my way home I decided to walk to Vauxhall Station along the Thames path as it was a lovely evening. It took longer than I expected !! but was worth it . I had a bit of a wait for my train back to  to Thames Ditton so I managed one more sketch. 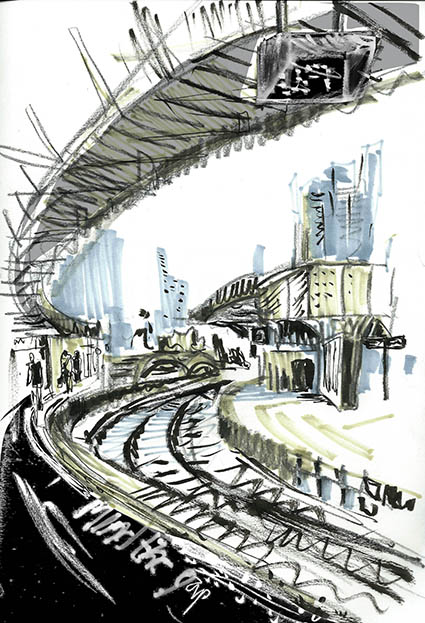 I have started a series of sketches capturing bookshops. I have always been drawn to Shop fronts signs and type which makes bookshops an appropriate subject matter. Bookshops are also on decline due the digital age so its important to capture and highlight , before they vanish. I was asked to join a bookstore sketching group on flickr which inspired me to start this series. Below are three book shops along Charing Cross Road London. The sketch below (Any amount of Books) has been selected for the: 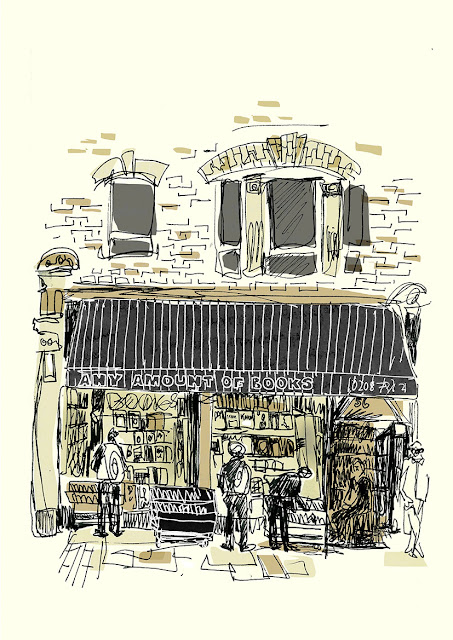 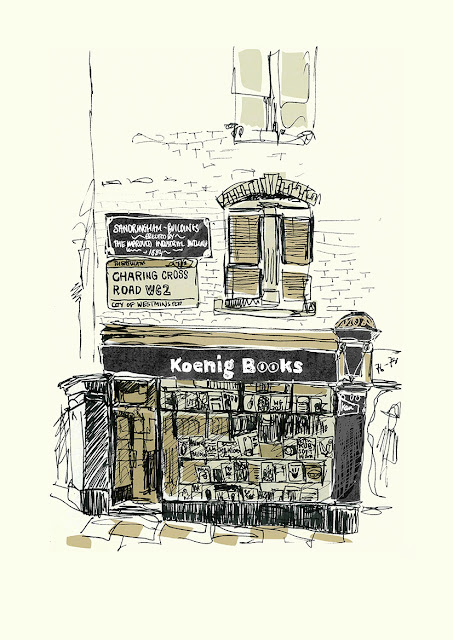 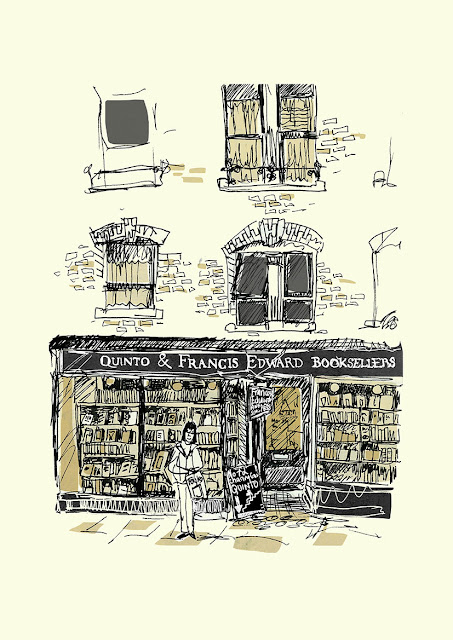 I remember this stall being here over 25 years when I was an Art Student . I remember buying a leather watch strap. Its great to see a craft being kept alive . I like the quirky combination of books and leather craft.  It was great to try and capture the owner at work stitching. 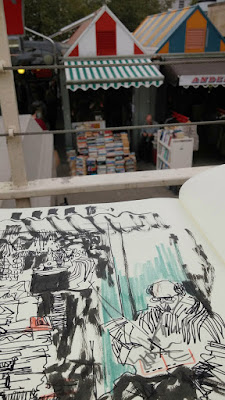 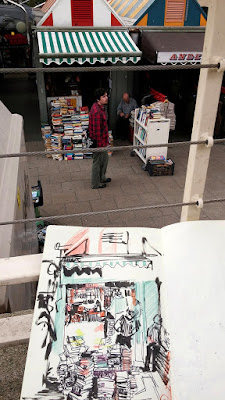 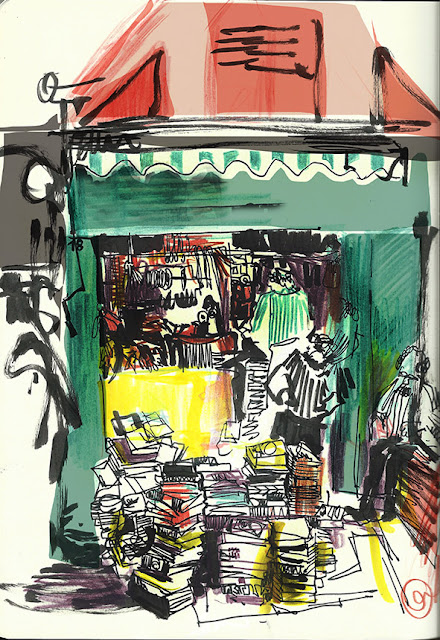 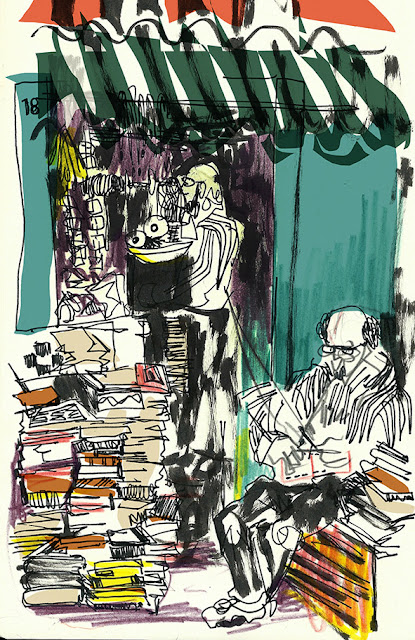 The book hive is my favourite independent bookshop in the heart of Norwich. It has a great selection of alternative books that you don't usually find and always has a great shop front display going on. The cylindrical shaped three storey building adds to its charm and quirkiness. 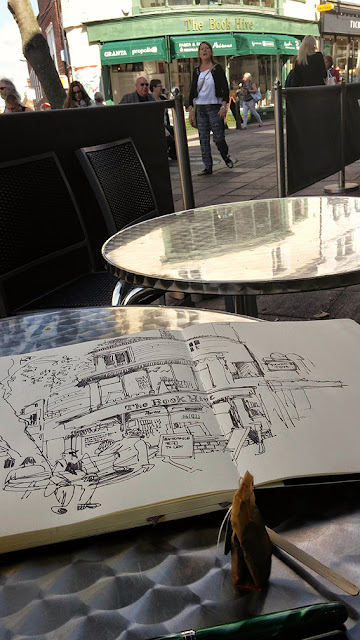 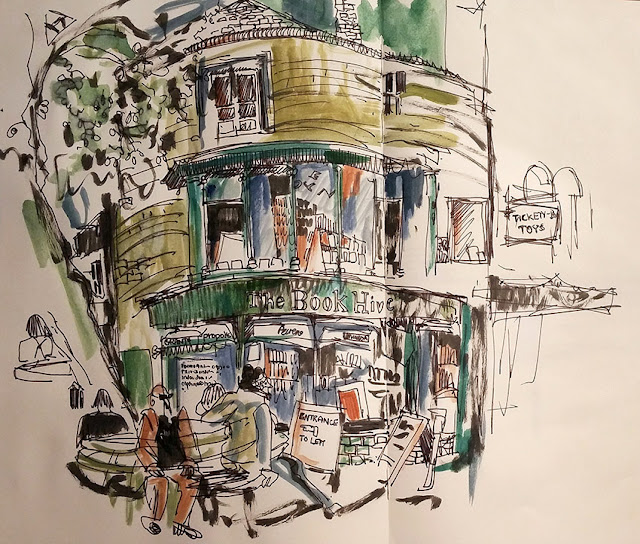 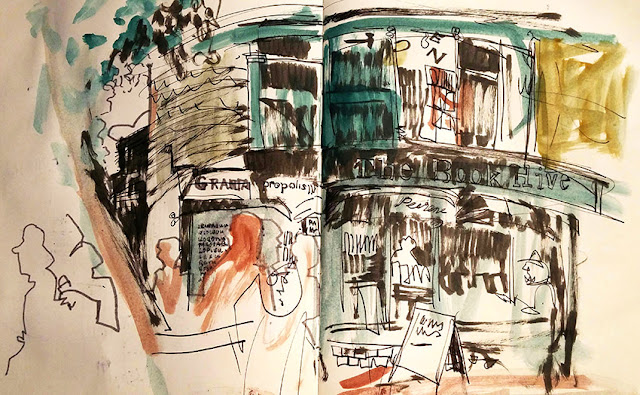